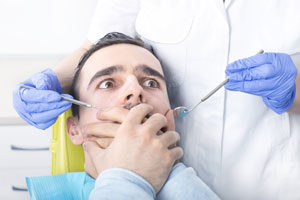 Most people are afraid of root canals. At GVR Dental and Orthodontics, we may not expect you to count down the days leading up to your procedure, but we don’t want you to be dreading it! Root canals are not a big deal, and you will be relieved of pain when it’s over. This contrasts with the widely held belief that the procedure causes or exacerbates discomfort.

According to the American Association of Endodontists, 15 million root canals are performed annually across the United States. This list includes rapper Lil Wayne, who once had 8 root canals in one sitting. Other notable patients are Kawame the lion and Xiaopingping the giant panda.

May 6-12 is Root Canal Awareness Week, so we’re taking the time to quiet the bad publicity we’ve heard about this procedure.

Are Root Canals Really That Bad?

Root canals are a low-risk procedure with a 95% success rate. They also help alleviate pain and salvage teeth that are in danger of falling out.

However, that didn’t stop a New York Post writer from calling his film critique “I’d rather have a root canal than rewatch this movie.” The procedure comes up again in Pixar’s Finding Nemo, during a scene that contains a lot of fun root canal references.

Do You Need a Root Canal?

Dental professionals perform root canals when the deep layers of your tooth are infected and inflamed. Signs you may need one include:

If you have a trickier case, you may be referred to our in-house endodontist, Dr. Vahora.

If you are in pain, we offer same day appointments.

All Your Dental Needs Under One Roof

Your First Visit to GVR Dental and Orthodontics

Our new patient special is a great way to give our dental office a try. Pay only $59 for your first cleaning, exam and digital x-rays.